Comment: When I was a small child (3 years old or so), I loved this movie so much that I would watch it and then rewind it and watch it again. It has been a favorite for thirty-five years, so of course my opinion is as biased as is humanly possible. All I wanted was to be Augustus Gloop and drown in a chocolate river. After I’d been watching it for a while, my older brother started calling me “Veruca,” probably because I was so well-dressed. Because of this film, my dream of visiting a candy factory and eating as much of it as I can is literally a life-long bucket list goal. The styles here are delightfully retro at this point. The acting is spectacular. Little me is so darn excited to watch it as the finale of Junoween. Adult me is noticing so much that’s questionable. The four grandparents have literally stayed in bed for twenty years together, weirdly. Charlie’s mom convinces her aging father that a pipe a day is no big deal even though all they have to eat is cabbage water, probably since they are, for all intents and purposes, surviving on the paychecks Charlie earns as a paperboy. Mom would better fit in a Dickensian workhouse as she sings “Cheer Up, Charlie” and tells him something good will probably happen…eventually. Bedridden Grandpa Joe gets up for the first time in twenty years and dances his way out the door to head to the candy factory. Willie Wonka is retiring at, what, almost forty? I’d hate to pick it apart much more, given how nostalgic it is to me. If you haven’t seen it, you need to. If you don’t like it, we can’t be friends anymore. P.S. Gene Wilder was a genius, in case you weren’t aware. 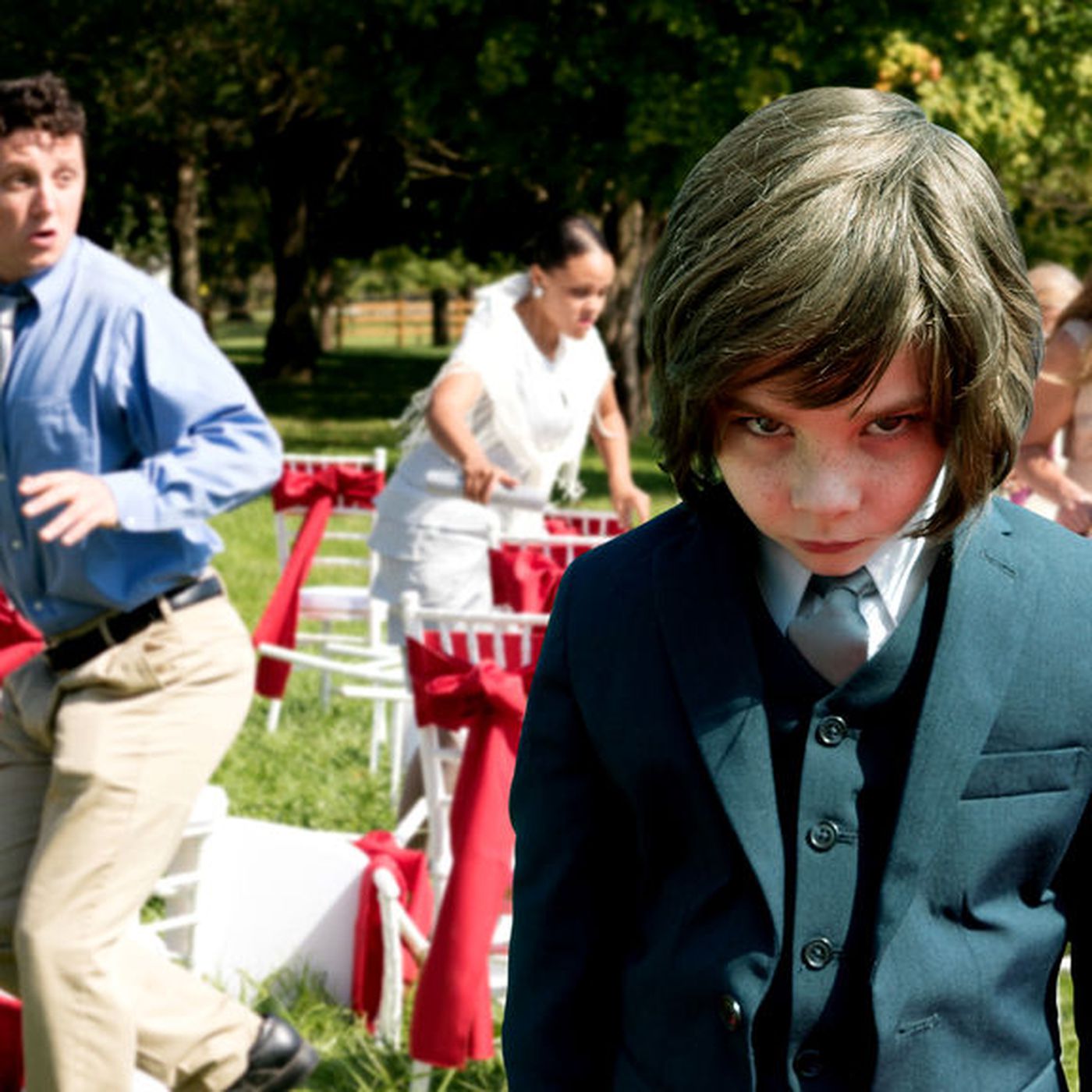 June 29: Little Evil.
Rating: 5/5.
Comment: I laughed so hard so many times. I was also occasionally unnerved, as well. Lots of cult classic movie references, skilled comedians, a fast-paced plot: what’s not to love?
Standard 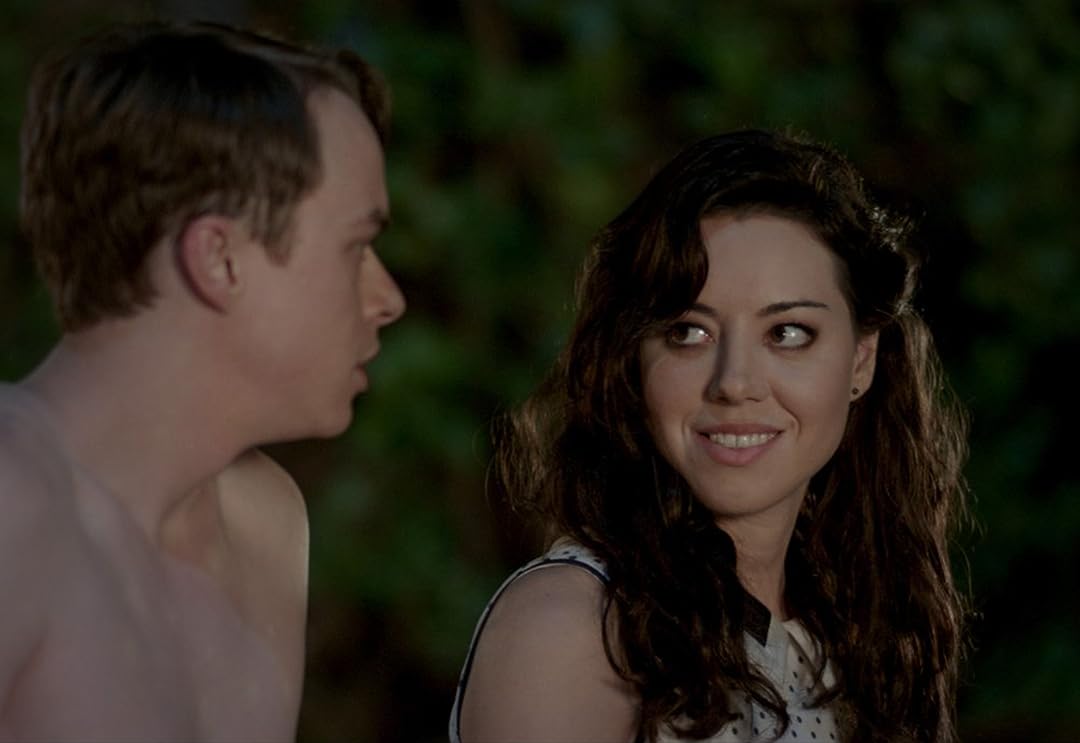 Comment: This is categorized as a “dark comedy” on Netflix. It had some funny parts, but I also cried way more than I probably should have (at least four different times). The problem with a zombie drama (or, a zoma, if you will) is that you must acknowledge that zombies were once people with hopes and dreams and lives and people that loved them. This movie thoroughly explores the grief experienced by a loss of a loved one as well as delves into what it might be like to endure someone you care about falling apart. Honestly, a really good pick: heartfelt, saddening, deep, and humorous. Plus, you get to watch Matthew Gray Gubler for part of it, as well as several other hilarious actors. 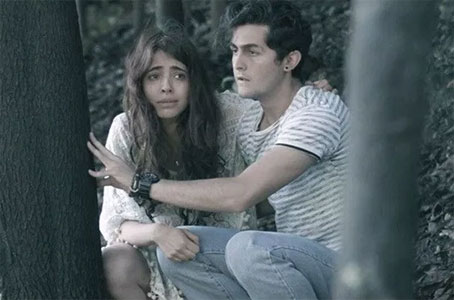 Comment: A lot of people online panned this movie, but I really enjoyed it, for the most part. I’d give it a solid 3.3 if I were able. The acting was good, the dialogue was believable, the character development was thorough. It was a short movie, but there was a lot to it. It is a Mexican film and thus utilizes subtitles with very fast speaking and naturally overlapping lines, which was no problem for us but might be a drawback for some. The violence is not actually shown, only the result: the carnage. The reason it’s lower than a 4, for me, it that it left a lot unanswered at the end and would really have benefited from another two minutes or so tying up loose ends. While I gave it an average rating, this is a movie I would enjoy watching again. 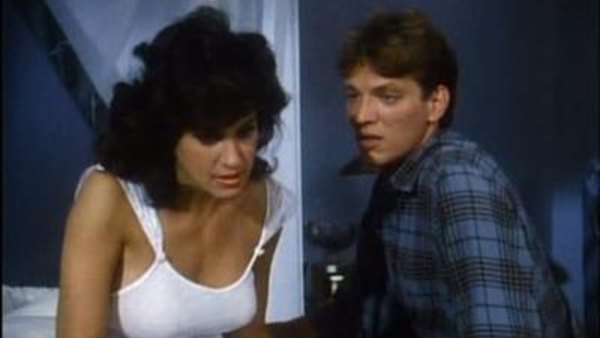 June 26: Tales from the Darkside: The Casavin Curse.

Comment: A woman wakes up in the morning to discover her lover murdered, but with no memory of how it occurred. Her cousin, a powerful ‘businessman’ who probably works for the mob and also her only living relative, tells the psychiatrist aiding police that they are the last two remaining Casavins and are living under a blood curse performed by the first wife of their great grandfather as he murdered her. According to legend, the Casavins were doomed to kill anyone they fell in love with, until the Casavin name was wiped from the earth. (I myself am *actually* suffering under the Davis curse, but I digress. That is a story for a different day.) The psychiatrist, (rightly) assuming that Nicholas is only trying to control Gina to assert incestuous dominance over her, continues treating her in order to try to bring back her memory from the night her bae was shanked. The housekeeper informs the doctor that she suspects Nicholas had the boyfriend rubbed out (it’s so hard to find loyal employees these days). After busting in with police and saving Gina from Nicholas’s clutches, the doctor and Gina declare their love for one another, because apparently professional ethics means nothing to anyone in this story. The curse rears its ugly head in the form of zombie-like murder-Gina, who tries to stab the shrink with a dagger, but Nicholas returns from jail — must be nice to be rich — just in time for her to choke him out while the useless doctor does literally nothing. Gina runs at him and Doctor Zhivago kills her with her own weapon, fulfilling the Gypsy’s (Romani’s?) curse. The housekeeper is excited because the line of Casavin is ended — because apparently she’s the great-great granddaughter of the murdered Gypsy (Romani?) and yet somehow not a member of the Casavin family — it wasn’t explained at all. My current theory is that grandma had a family before she married murderous Casavin grandpa.

Comment: Eight little stories, each centered on a different holiday: about half were good, while the rest were shockingly bad. Oh, hey — shout-out to Seth Green for making his second appearance in the first annual Junoween (is that what we’re going to keep calling it?). The Easter story was outrageously sacrilegious, and I’d highly recommend you skip it as I found it distasteful and offensive. The Mother’s Day story was a bit painful to watch, so if you have fertility issues, it’d be best to skip that one, too. The ones that were good, though, were really, really good.

June 24: Tales from the Darkside: Fear of Floating.

Comment: I’d have given this episode a higher rating, but one major aspect was never explained, and we all know what a hard time I have looking past plot holes. So, a guy walks into an army recruiter’s office, claiming members of a circus he’d escaped were trying to kill him — which obviously grabbed my attention right from the get-go. As it turns out, his story didn’t add up, which is fine by me since he got exactly what he deserved in the end.

Comment: What a weird, disjointed, conspiracy-theory laden, spectacular movie. I can’t believe we waited 18 years to watch this gem (and by “we,” I mean Josh, because I’d never heard of it until he suggested we watch it). My only gripe is that it’s described online as a “comedy” horror, and while there were some funny parts, I mostly thought of it as a tragedy — though I did work at a nursing home for six years, so my opinion may be a bit skewed. Who should watch this? Anyone who likes Elvis, ancient Egypt, supernatural horror, bugs, heroes, or Bruce Campbell. So, pretty much everyone. Trigger warning: there’s a bunch of murders.

June 22: Tales from the Darkside: An Unhappy Medium.

Comment: We really thought this one was remarkable. Picture it: an old, corrupt televangelist dies, and his three remaining relatives/friends are forced to get together for the reading of the will. One is after sole ownership of the church and all the remaining fortune, one is hoping to become the new figurehead, and one wants to escape as quickly as possible in order to return to the charity that needs her. The preacher, however, determines he will use one of them as his new medium and continue leading his church from the great beyond (Heaven won’t take him and Hell won’t accept him). Together, the three are trapped in his home office, as outside the door lies the paths to Heaven and Hell. The episode was a tad repetitive, but overall we very much enjoyed watching it.

Comment: Two vampires must call a doctor when one falls and breaks her leg. For some reason, Marcia Cross, a vampire who refuses to drink human blood, used a Transatlantic accent — I assume because it was set in the 1930’s. When her leg is healed, the husband decides it’s time to kill the doctor they have been keeping prisoner, but she argues against it on the grounds that it’s cruel. When the husband leaves to find food, the doctor and the wife confess their love for each other and she turns him into a vampire. Husband returns and a fight ensues, leaving Doctor the gleeful winner. (Josh argues the ancient vampire would easily be able to crush the newborn; I don’t know if that’s true or not. In Twilight, I think new vampires were stronger than old. In Interview, I think Lestat was way stronger than Louis to begin, though I haven’t read those books in ten years. Feel free to offer opinions below).